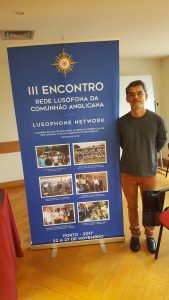 Portuguese is the seventh most spoken language in the world, spoken by 193 million people (Brazil 207m, Mozambique 28m, Angola 21m,

Portuguese speaking Anglicans from three continents gathered in Porto, Portugal for the International Lusophone (Portuguese speaking ) network. One of the topics of discussion at the network meeting was climate change and the theology of caring for creation .

As they shared experiences of climate change and environmental degradation we heard of the severe drought being experienced in Portugal, which has led to devastating fires. We heard of floods in Mozambique and the north of Angola, and drought in Southern Angola. Brazil faces huge environmental degradation with vast tracks of deforestation of the Amazon, the lungs of the planet. The seasons are changing and they are facing floods in some areas and drought in others.

Rev Rachel Mash, environmental coordinator of the Anglican Church of Southern Africa presented a session on the theology of caring for creation

The first commandment that we were given as human beings was to care for God’s Earth (Gen 2:15). We have failed to care for creation and the call on us now is to become healers of the earth for the sake of the poor and marginalized of society as well as for the sake of our children and grandchildren.

We often believe that salvation is only for human beings but God sent his son because he loved the whole world.

The Lusophone Network agreed to work together on joint projects to care for creation. The Dioceses will be encouraging the incorporation of the Season of Creation into their liturgical calenders. Caring for our oceans is also a priority for the network. Because the Portuguese were a seafaring nation, these countries have long coasts and a passion for the sea.

May this network grow and be blessed 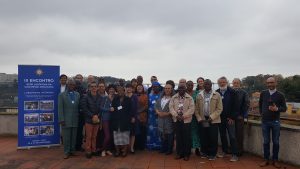