HEAR THE CRY OF THE  EARTH IN PORTUGAL 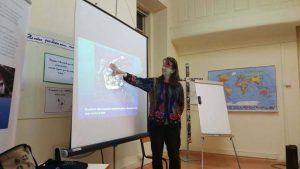 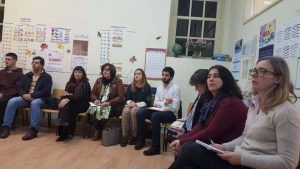 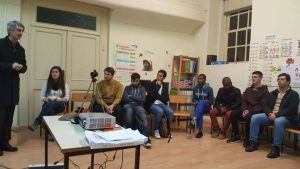 The youth of the Lusitanian Church in Portugal held a workshop to look at Care for Creation. Rev Rachel Mash of Green Anglicans Southern Africa led the discussion.

We spoke of the first commandment that God gave us – to work the Earth and look after it. We looked at Eco-justice: the countries which are producing less carbon pollution will have the worst conesquences from climate change.

We often forget that the verse John 3:16 “God so loved the world” really means cosmos in the original Greek. God loves human beings but he also cares for the whole of Creation

The group then broke into small groups to discuss the way forward   The Diocese is starting a programme called “Eco-Humanos” and there was lots of discussion regarding how to recycle and create more sustainable churches. They also plan to collect old clothes and donate what they can. The clothing which is not able to be used will be sold where it is cut into fibres and re-used. They are also embracing “ugly fruit and veg” where fruit and veg is often wasted if it is not perfect, it will be collected and given to those in need.  A concern for the coast was also expressed, as so much plastic it making its way into our oceans.