FROM CANADA TO CAPETOWN, CHRISTIANS PRAY TOGETHER FOR CREATION :WOMENS WORLD DAY OF PRAYER 2018

The World Day of Prayer, which dates back almost 100 years, is an ecumenical event in which Christians in more than 170 countries come together to pray for issues affecting women and children. The service is written by people from a different participating country each year.

This year’s service was written by women from Suriname, a country along South America’s northeastern coast, and was themed “All God’s Creation is Very Good.” The theme is meant to invite learning, action and prayer on environmental concerns together with the women of Suriname, where about 90% of the population live in low-lying areas on the Atlantic coast, likely to be affected by rising sea levels caused by global warming.  Our exploitative attitude toward creation has separated us from God—but we can restore our relationship with God by being better stewards of the earth

Friday’s service was hosted by the Women’s Inter-Church Council of Canada (WICC), an ecumenical prayer group that co-ordinates the World Day of Prayer in Canada, and was held at St. Andrew’s United Church, Toronto.

However, Lorimer said, “Living a life that is mindful of creation and that seeks not to overconsume what the Creator has given us—one that recognizes the inherent value of each thing and compels us to use what is given sustainably—will reaffirm our interconnectedness and bring us into closer relationship with God.”

Randy Woodley, a Cherokee theologian, once speculated that the Creator made the earth in a way that was “unhurried and leisurely,” and that he “took time to strike balance, seek wholeness and interconnectedness,” Lorimer said. In contrast, however, in the “mass-produced and homogenous” world of today, “life seems at times the opposite of unhurried, our actions the opposite of thoughtful and balanced,” with creation seen as valuable not in itself, but in how it can serve us. And that creation, she said, is now under threat in various ways as the result of human activity.

Nevertheless, there is reason to hope that we may learn to live in a more ecologically just way, taking better care of both the earth and ourselves by consuming only what we need and what the earth can sustain, she said.

The ceremony was preceded by a short film introducing Suriname and some of the environmental challenges it faces. Service leaders began with a welcome and greeting, and gave short introductions to the Surinamese women who wrote the service. They then lit a candle and heard the Scripture reading for the day, Genesis 1:1–31, the creation story. Read more at : 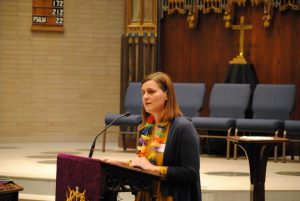 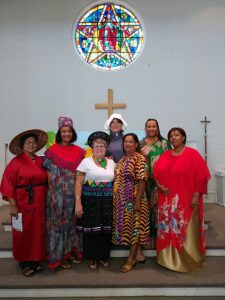 Leaders invited congregants to confess their “negligence in caring for God’s creation,” and to pray for forgiveness. There were a series of prayer petitions related to environmental and social concerns affecting the people of Suriname and the world, followed by a pledge of commitment by congregants to “find in our daily lives concrete ways to express our care, and to have our government, communities, churches and families accountable to protect the earth for future generations.”

St Martins Church in Bergvleit went all out with a wonderful service, leaders dressed in the local costumes of the women of Suriname. Rev Natalie Simons- Arendse from St Philips Church Kenwyn was the guest speaker. What a wonderful celebration of unity and of God’s Creation and the call on us to care for it.