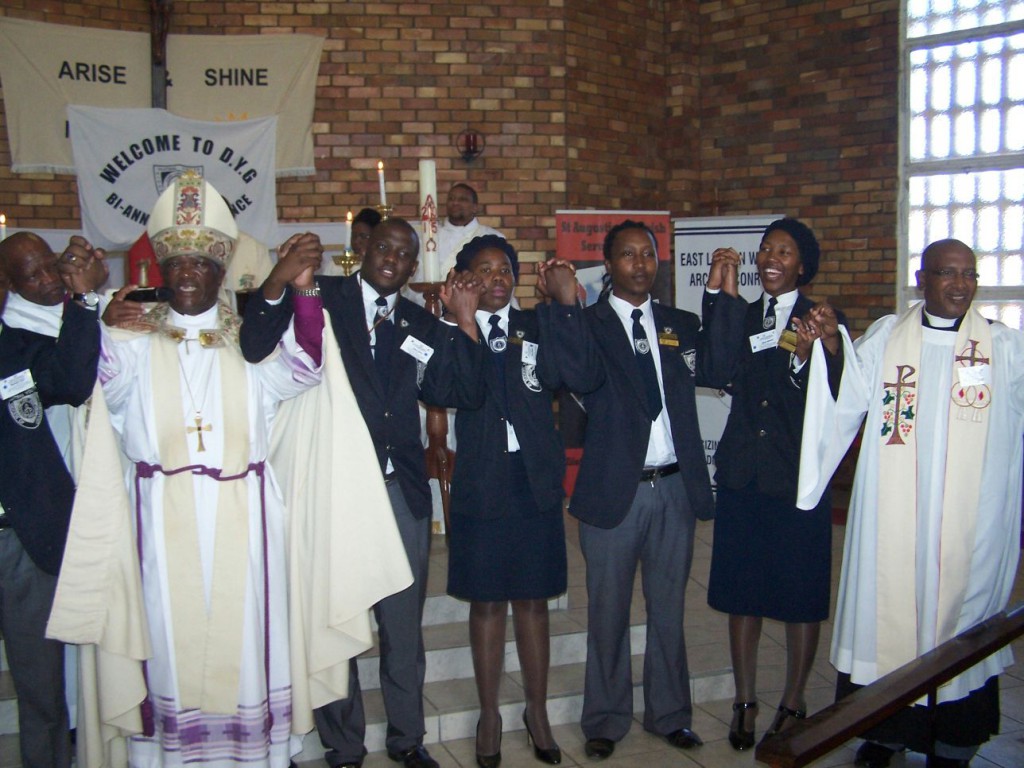 The diocese of Grahamstown Youth Guild hosted their Bi-annual conference on the 03-05 October 2015. The conference was held in St Augustine’s Parish  situated in Joza, Grahamstown.  Eleven Archdeaconries attended the conference which included East London (EL) East, EL West, EL Central, EL South, Grahamstown, Alice, King East, King West, Scenery Park, Kidds Beach, Albany, with the theme: “but I put no value on my life, if only at the end of it I may see the work complete which was given to me by the Lord Jesus, to be a witness of the good news of the grace of God”

The Green Anglicans office attended the conference and the different archdeaconries promised to be stewards of nature as Archbishop  Thabo Magkoba requested of them. The archdeaconry from East Lond East which comprises of St Phillips parish in Gompo and St Lukes in Nxarhuni made a resolution that they will hold workshops on saving of water within the communities, start a vegetable garden to assist in feeding families within their parishes, communities to alleviate poverty and also raise funds to install a (Jojo) tank in their parishes to save water bills. They explained how both parishes come from a large contingency of Informal settlements (shacks) where government has strived to provide clean water by installing taps. 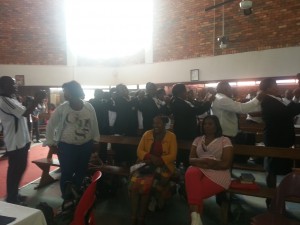 The Youth from Ease London East believes that hosting the workshop on 12 of March (world water day) will make the people at church and the community be aware of the importance of water. Alice archdeaconry also mentioned having water conservation workshops. They also planning on involving the department of environmental affairs in their workshops. East London East Archdeaconry made a resolution that on World Environmental Day They will have a clean-up campaign and clean local school and community grounds to improve their recreational facilities, and provide categorized rubbish bins for recycling purposes which the plan to be an ongoing project for fundraising purposes. King Williams Town East and East London Central also mentioned doing something on World Environmental Day, They planning on planting trees and also teaching Sunday school children how to keep the environment clean. The Archdeaconry of King Williams Town west talked about earth hour and mentioned teaching people about environmental awareness and the importance of recycling.

The DYG mentioned that they are all interested in environmental functions but the need assistance in funding, resources, promotional materials. The Green Anglicans would to thank the DYG executive, Sub-Dean Dyantyi and the conference organisers for everything, and we hope the resolutions that were taken by different archdeaconries will be implemented soon. 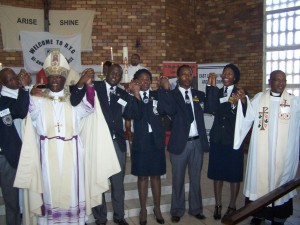