“The nuclear procurement programme may be an albatross around the necks of our children, our grandchildren and our great-grandchildren” Archbishop Thabo Makgoba

The Anglican Church of Southern Africa (South Africa, Swaziland, Lesotho, Namibia, Angola and Mozambique) voted at its Synod to oppose the expansion of nuclear energy.

The proposer, Rev Lundi Joko,  noted that it  is estimated that the nuclear procurement programme could incur debts of over 1 trillion rand. This would leave our children and grandchildren with generations of debt.  He stated that it is is an issue of inter-generation injustice to leave generations to come to deal with our nuclear waste.  He noted  that South Africa has just been declared the fastest growing country in the world for renewable energy. 72 renewable energy projects have been successfully started on time and within budget.

The Synod unanimously voiced its opposition to the expansion of nuclear energy and encouraged the government  to choose the path of renewables. The Anglican Church also called on the government to take the citizens into its confidence in terms of the rationale for the change in policy direction. The Archbishop was requested to write an open  letter to the government reflecting the views of the synod. 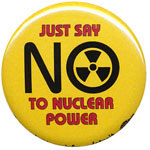