The Diocesan Environmental Group of the Diocese of Cape Town organised a Conference on the Land. The aim of the Conference was to help parishes prepare for the Lenten Programme, which is focussing on the land. The Lenten materials can be found here 2019 Lent Program

There were five themes

THE EARTH IS THE LORD’S

An opening Eucharist led by Dean Michael Weeder and Rev Natalie Simons celebrated the gift and the wonder of the Land. Rev Shaun Cozett reminded us that in the Old Testament the word appears nearly 1750 times while in the New Testament it appears less than 50 times Biblical scholar. Land is the central theme in the Old Testament expressing the relationship between the land and the people who occupy the land, eg. the land of the Philistines or the land of Egypt.

Thus, although the land is gifted to Israel, God remains the owner of the land and Israel is judged by how they live on the land. This idea of the land owner having rights to the land but not being the owner of the land might be foreign to many of us in urban areas, who hold title deeds to the properties we own, yet for many in South Africa this is the reality of land held under customary or tribal rights.

EXILE FROM THE LAND

A clip from a video from Rev Allan Boesak gave a hard hitting message regarding the relationship between Ishmael and Isaac. Although it was not Isaac who threw Ishmael from the land, he inherited everything that Ishmael lost. This is intergenerational injustice. The two brothers came together at the end of the story to bury their father together – he challenged us to think about what restitution it took to get to that point. The whole video can be found here https://www.youtube.com/watch?v=ki27VWBoVto

Dage Musangiley shared his experience of being exiled from his own home country of the DRC and how as a young man he was forced to flee and leave in land because of the threats of violence.

Prof Frank Matosi shared about the various ways in which people are forced off the land – through environmental degradation and climate change.

COMING HOME TO THE LAND

Rev Shaun Cozett reflected on the current challenges of land expropriation, arguing that the Current Constitution does allow for expropriation without compensation already. The question that really needs to be asked is – why is this process taking place so slowly?  Donald Hendricks from St Marks District Six shared a little of the story of the homecoming campaign in District Six

DEGRADATION OF THE LAND

We looked at the huge impact of plastic on the Planet, both the land the Oceans. Plastic threatens wildlife and our health. Hayley Maclellan of the Aquarium also shared some of the ways in which you can stop using plastic.

Patrick Dowling shared some of the environmental challenges that are degrading the Earth, from pesticides to Climate Change, the massive human footprint is destroying the earth.

FOOD AND THE LAND

On the earth we depend for food. Peter Johnstone challenged us with the following actions: read labels – know what you are actually putting in your body! Find out where the product comes from consider air miles and fair wages. Put pressure on retailers, share food with others. Eat less meat, leave no waste. Give feedback to supermarkets and restaurants.

In the following break-away we considered the issue of the Philippi Horticultural Area, bread basket of Capetown, which is under threat of development 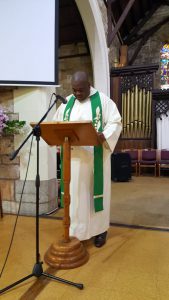 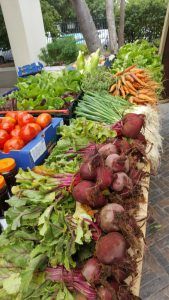