The Provincial Standing Committee of the Anglican Church of Southern Africa, meeting in Benoni, Johannesburg passed a resolution calling for a ban on single use plastic bags in the six countries of South Africa, Lesotho, Namibia, Angola, Mozambique and Swaziland

The text of the resolution is as follows:

Whereas it is becoming increasingly clear that plastic is proving to be extremely damaging to the health and well-being of people and planet,

That the quantity of plastic is polluting water, air and soil and threatening the survival of millions of species,

And that this applies in particular to microplastics which can enter the respiratory system and blood stream,

The Archbishop, Bishops and ACSA-EN to inform our congregations and the people of our countries of the seriousness of plastic pollution, now threatening the health and well-being of people and planet;

And furthermore requests the Archbishop and Bishops to communicate this danger to the respective governments of our Province, urging them to:

And to ask the parishes of ACSA to encourage their parishioners to: 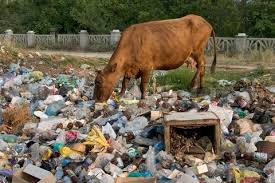