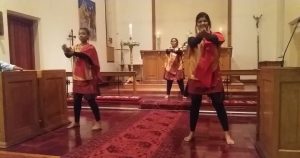 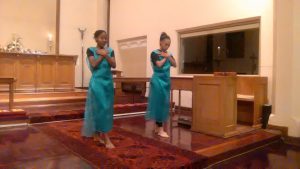 Earth Day—April 22—marks the anniversary of the birth of the modern environmental movement in 1970.

In 1969 people first landed on the moon and saw the beautiful blue planet for the first time from space – in the classic photo known as “earth rising”. For the first time there was a consciousness of humans being part of something greater than a nation, we are all living on one planet .

At the time, Americans were slurping leaded gas through massive sedans. Industry belched out smoke and sludge with little fear of legal consequences or bad press. Air pollution was commonly accepted as the smell of prosperity.

The idea for a national day to focus on the environment came to Earth Day founder Gaylord Nelson, then a U.S. Senator from Wisconsin, after witnessing the ravages of the 1969 massive oil spill in Santa Barbara, California. Inspired by the student anti-war movement, he realized that if he could infuse that energy with an emerging public consciousness about air and water pollution, it would force environmental protection onto the national political agenda.

On April 22,1970, 20 million Americans took to the streets, parks, and auditoriums to demonstrate for a healthy, sustainable environment in massive coast-to-coast rallies. Thousands of colleges and universities organized protests against the deterioration of the environment. Groups that had been fighting against oil spills, polluting factories and power plants, raw sewage, toxic dumps, pesticides, freeways, the loss of wilderness, and the extinction of wildlife suddenly realized they shared common values.

Earth Day 1970 achieved a rare political alignment, enlisting support from Republicans and Democrats, rich and poor, city slickers and farmers, tycoons and labor leaders. By the end of that year, the first Earth Day had led to the creation of the United States Environmental Protection Agency and the passage of the Clean Air, Clean Water, and Endangered Species Acts.

Over the years Earth Day has become a huge international movement. 192 countries around the globe now celebrate

Earth Day, the biggest civic and secular event in the world today. Today we need Earth day more than ever!

The Diocesan service was held at St Stephens, Pinelands and was put together by the youth

Here are the opening words:
We do not exist outside of nature or above nature or independent of nature –we are simply its most vulnerable part.  (Joan Chittister)

and whose voice is heard in the soft breeze

we need your strength and wisdom.

Come to us and among us;

Come as the wind and cleanse us.

We join with your creation and with each other.

Disregard for the duty to cultivate and maintain a proper relationship with my neighbour, for whose care and custody I am responsible, ruins my relationship with my own self, with others, with God and with the earth.  When all these relationships are neglected, when justice no longer dwells in the land, the Bible tells us that life itself is endangered.  (Pope francis, Laudato Si, no 70)

You think you own whatever land you land on

The Earth is just a dead thing you can claim

But I know every rock and tree and creature

Has a life, has a spirit, has a name

You think the only people who are people

Are the people who look and think like you

But if you walk the footsteps of a stranger

Or asked the grinning bobcat why he grinned

Can you sing with all the voices of the mountains

Can you paint with all the colors of the wind