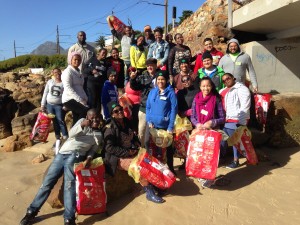 The weekend of September 19 to September 21 marked the first Green Anglican Camp in Glencairn, attracting members of the Dioceses of Cape Town, Saldanha Bay, and False Bay. The weekend paralleled the Climate March in New York, where more than 400,000 people showed in support of new standards and demands at the UN Climate Summit.

The camp was held at Glencairn, surrounded by wetlands, mountain and ocean, and was an awesome setting to experience God’s creation.

On the first day, campers learned about the surrounding ecosystems with a devotional walk led by Fr. Bob Commin, we spent time in the wetlands leading to the ocean and practiced personal prayer, taking in the sound and feeling of nature while having a conversation with God. We then proceeded to pick up litter along the beach and train tracks, as a way to join the worldwide Climate March and do our part in beautifying God’s creation.

Our afternoon was filled with opportunities – we headed to Simon’s Town, we were met by a boat where we were able to see some sea life, followed by a talk about the status of the marine conservation and protected areas, we were also able to experience some of the other services at the marina, like the National Sea Rescue Institute. For me a personal highlight as a new arrival from the US was interacting with the African penguins! On the final day we ended with a labyrinth walk through the beautiful vegetation in the shade of the mountains.

It was great to see the diversity of the group who bonded through prayer, walking, and laughter. There was a real sense of excitement about bringing the lessons back to churches and dioceses and to share a better understanding of the environment and the challenges of climate change. Everyone was able to share the strategies they learned and their plans to improve the practices and understanding of the environment at their own churches. It’s fantastic to see so many people inspired to be a change and make a difference to keep our ecosystems healthy. The youth really want to make a difference and reach out to make others be stewards of the environment as well.

A few comments from some of the campers

“All my life I didn’t care about animals and I never appreciated the importance of the creation of god especially the trees”.

“I learnt about the importance of the sea, life and how they are becoming extinct and that it’s different from farming because we don’t plough back there we just take, take and never think about the future and food becoming more expensive.”

“We may speak different languages, come from different cultures but our love for ministry and God are the same. Our hearts beats as one.”

Willie Lutes is an intern with Green Anglicans from the Diocese of South Dakota. He is part of the Young Adult Service Corps of the Episcopal Church. 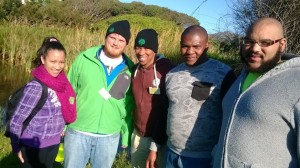 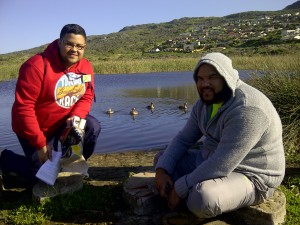 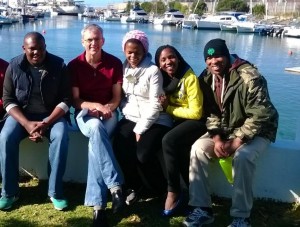