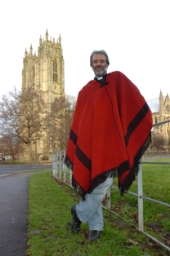 Deforestation and pollution are the main threats to Argentina’s biodiversity and landscapes. Deforestation  continues at a frightening and overwhelming rate. The indigenous people are most vulnerable to these changes, as they have lived with their sustenance farming customs for centuries. As the forests continue to be lost to make way for large farms and land for cattle, the land is used for short periods of time and subsequently left useless after its exploitation.

Bishop Drayson describes how the highly adaptive and resilient livelihood strategies of indigenous people in the Diocese of Northern Argentina are being affected by the expansion of Argentina’s agricultural frontier into their traditional territories. “There are increasingly visible links between climate change and the wellbeing of the people we serve, especially among the poorest … We are recognizing that this is a topic we have to rapidly push to the top of our agenda.”

“This is the first time that in a significant way humans are changing the planet. God will ask ‘what are you doing to my planet?’ Asking what are the leaders of his people doing and saying. These questions come through science, through our conscience, through the voice of the poor and through the Bible.”

“There has always been a concern from indigenous people about the forests and nature, however,  the climate conversation is quite new in the Cone of South America. Much awareness of the effects of climate change as it impacts on the rains and harvests and other issues have been seen locally but we are now looking at it from a global perspective.”

On the 27th of November, 2011 Bishop Nicholas Drayson was installed as Bishop of Northern Argentina. His ministry there has been very involved with indigenous cultures and languages, working closely with his wife Catherine. He has also translated the New Testament into Choroti, which is one of the native languages. 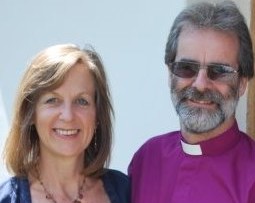 3 thoughts on “Introducing our Eco-Bishops: Nick Drayson “God asks – What are you doing to my planet?””