EUCHARIST IN THE WETLANDS

In celebration of World Wetlands day, a group of intrepid worshippers joined Fr Bob Commin in a “walking” Eucharist through the wetlands of Glencairn Valley.

“Tabled and peaked mountains, channelling rivers to the sea:

mysterious in cloud, in mist, in snow

Give thanks to our God who is good

The service started close to the beach and took a moment to consider the impact of humanity on God’s Earth. In our time of penitence we considered the damage we have done to God’s Earth and to God’s people as we ‘other’ them calling them vagrants or bergies.

The readings and Psalm had new meaning as we read them looking up at God’s creation, hearing the cry of the birds and the wind in the reeds: Psalm 19 had new meaning:

“The heavens declare  the glory of God;
and the firmament[a] proclaims his handiwork.
2 Day to day pours forth speech,
and night to night declares knowledge.
3 There is no speech, nor are there words;
their voice is not heard;
4 yet their voice[b] goes out through all the earth,
and their words to the end of the world”

As the gospel was being read a group of geese joined in with their cry of joy!

Instead of a sermon, we were given the readings and a time of personal meditation around the lake. How infrequently in our busy lives do we have a chance to spend time with God and Nature and to listen to God speaking to us through the book of Nature.

The group then crossed the wetland (rather wet in some parts!) and arrived cheerful and muddy at the Dell by St Andrews Church where we shared the simple Eucharist together.

The familiar words had new meaning in the sanctuary of Nature.

Let us treasure our wetlands. Water is a scarce resource and in many instances, the provision of this incredibly precious resource is as a result of wetlands.  The majority of our wetland areas have been mindlessly destroyed for agriculture, afforestation and settlements and in many instances this is the reason that our country is suffering under such horrendous drought conditions in some areas and flooding in others at present.

Wetlands are able to reduce the severity of droughts and floods by regulating streamflow and also absorb large amounts of water which is released over a period of time, maintaining a constant supply to the environment. Wetlands purify water through filtration and provide habitat for many different plants and animals. Wetlands also recharge groundwater, control soil erosion and act as carbon sinks, trapping CO2 which otherwise would have been released into the atmosphere contributing to climate change.

Internationally, wetlands are considered vital for human survival as they are among the world’s most productive environments; cradles of biological diversity that provide the water and productivity upon which countless species of plants and animals depend for survival. 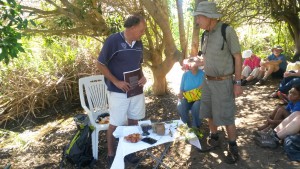 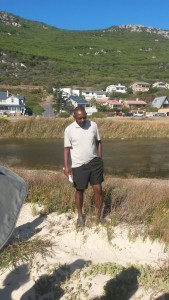 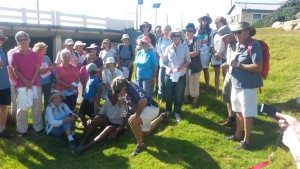