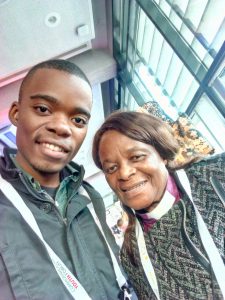 Commonwealth Youth Forum CYF is a conference inside Commonwealth meeting which took place in London this year, where Anglican Communion was Represented by 3 Young People (David from Mozambique, Ann From Kenya and Jake from Australia.

My Experience on the commonwealth.

I found it amazing, such a great opportunity to exchange, share and learn from the various themes addressed during the sessions, in particular ‘climate change’ where we had President of Seychelles, Prime Minster of Jamaica and some others addressing on the issue, in few words from this session I could say that all the countries across the commonwealth are aware about the impact of climate change, and plastics. Sessions About technology and tntrepreneurship were also done in a very amazing way where we were taught how to be great leaders, how to create a movement for a certain cause and how to build companies. So much could be said about the commonwealth conference, and I’d like to encourage people to attend the upcoming one in 2020. 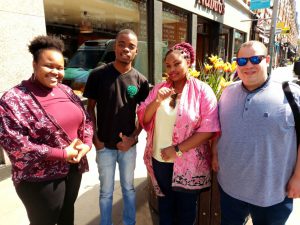 Archbishop of Canterbury who challenged me to spend a year in London in the community of St Anselm, he told us that Anglican Church is not part of the Commonwealth, but he made arrangements, so we could join and be part of it. I also had the chance to meet the young leaders from the Diocese of London (Thanks to Rev. Sheenagh, ALMA Coordinator).  We were introduced to them, also had an opportunity to showcase our work in my Diocese as well as the Green Anglicans Environmental Movement, the were excited to hear about it since the youth of London is not so aware about climate change’s existence. 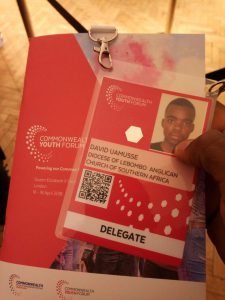