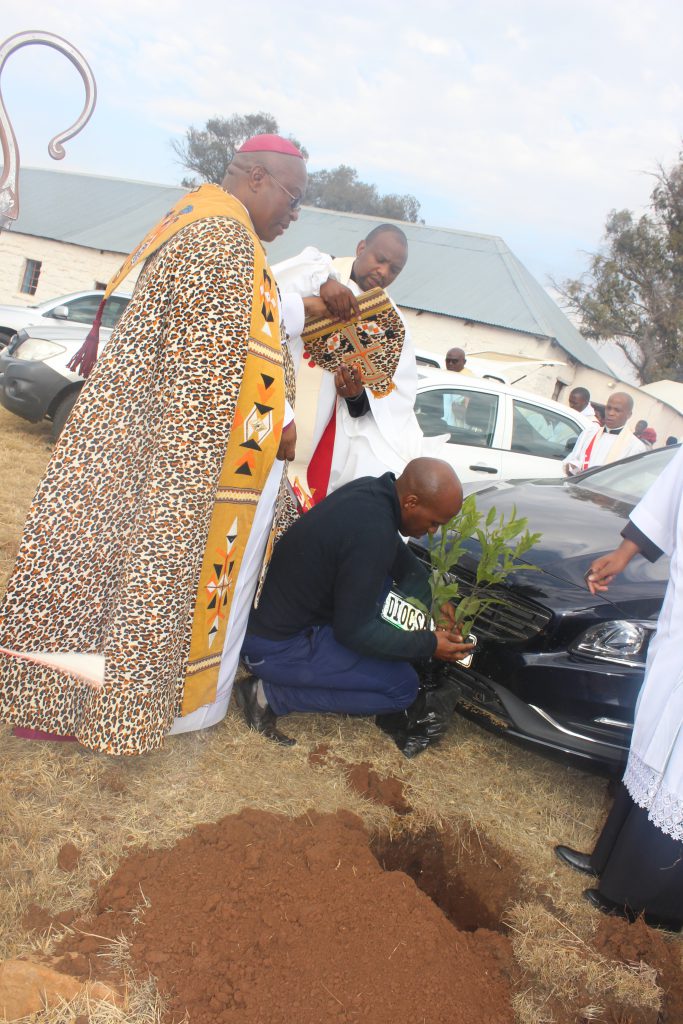 For the first time ever since the Diocese began the green movement a tree was planted as a thanks giving for the gifts shared on the day, in agreement every Diocesan event held a tree or more will be planted.

The event was held at St Paul’s Anglican Church in Ramohlakoana (Matatiele arhdeaconry) the whole diocese was there to pain about the pains experienced but mostly to share on  the joys of being one big happy family, also to raise funds but mostly to worship and praise God under one roof.

Not so long ago the area had been stricken by heavy snow so one can imagine the kind of cold we had to endure. Matatiele being the South African part of the mountainous Kindgom that extends to Lesotho is fully a ‘open land’ with limited trees which gives little if at all wind protection to the houses built there. Not so far from where we were lies the Qhasa Nek’s border gate that crosses to Lesotho. Mountains were beautifully clothe with snow which gave a view that seemed like they had been dressed up with white blankets (beauty of God).

For the day’s event the service started as set with much rejoice and excitement later on the fundraising, just after the service had ended Vicar-general Bishop Sitembele Mzamane was asked to plant a tree together with the Diocesan clergy as a symbol of growth anticipated as the Diocese. Also inpart as a call for our leaders to be involved in the green movement as the most influential leaders of our diocese, archdeaconries, parishes and existing chapels. He (the bishop) was helped by a young person Qaqambile Nyembezi in the process and the tree donated by Revd. Mandla Rangana. The clergy surrounded the planting area as we witnessed a humbling experience when the bishop kneeled down to the ground to plant the tree to be intouch with mother nature, indeed “ALL THINGS BRIGHT AND BEAUTIFUL ALL CREATURES GREAT AND SMALL…” 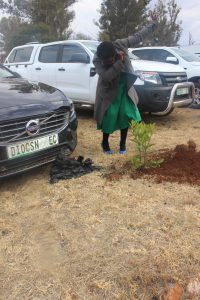 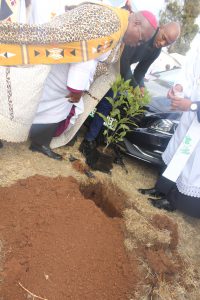 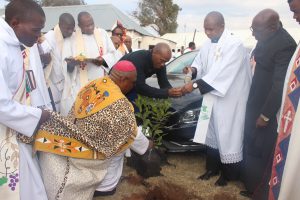