We have an electricity crisis. One out of every four families in South Africa do not have access to electricity. Children cannot study, parents cannot read the prescriptions on medication. Children’s health is compromised by inhaling unhealthy fumes and there is the ever present danger of fires. The economy is suffering. How do we get the electricity we need?
Nuclear energy is not the answer to South Africa’s electricity crisis according to Kumi Naidoo, formerly of Green Peace at a breakfast organized by SAFCEI.

There are four main arguments against Nuclear
1. It is too expensive
Although there is a lot of secrecy around the nuclear deal, it is certain that it is going to be extremely expensive. The government is talking in the region of 1 TRILLION rand , which with currency fluctuation as well as over spend would probably end up being in the range of 1.5 trillion.

2. It creates few jobs
Germany gave up on nuclear mainly because of the jobs implication. They were heavily subsidizing nuclear which gave 30,000 jobs whereas renewable energy was creating 400,000 jobs. it is a no brainer which energy source was better for the people of Germany

3. It is too dangerous
The waste produced from nuclear takes at least 200 to 1000 years before it is ceases to be dangerous. Kumi Naidoo shared his experiences of visiting Chernobyl 25 years after the accident – people working there must work 6 weeks on and 6 weeks off due to radiation danger. They are creating a huge steel cover to put over it as cracks are appearing in the walls. Japan is spending billions on merely keeping Fukishima safe, and there is still danger it could explode.
It is costing the UK 100 billion pounds to decommission their nuclear power stations.

4. It is too little, too late
The average time to build a nuclear plant is 10 years, with overruns, it could take much much longer. Russia’s record on construction is poor, some of their worst plants have taken 28 years to construct! our economy needs electricity now! Renewable energy plants such as solar or wind can go on line in 18 months.

Safcei has a court case against the government because Nuclear energy is morally wrong. 1 Trillion rand is a figure the country cannot afford. The impact on the economy will be huge. The negotiations for the Nuclear deal have taken place in secrecy , although the constitution says that there must be approval in Parliament. Our long term energy plan is being built on the back of a web of corruption.

Safcei and Earthlife SA want the Department of Energy (DoE) to concede they did sign a secret nuclear deal with Russia, an allegation that could derail the procurement programme.
Minister Nene refused to sign off on the nuclear deal and was removed. .
Safcei are fundraising for this very important court case. if you can support please go tohttps://www.givengain.com/cause/6357/campaigns/15676/ 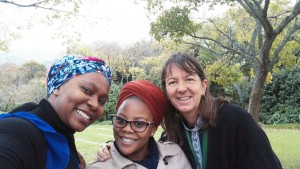 2 thoughts on “Nuclear will cost the Earth”