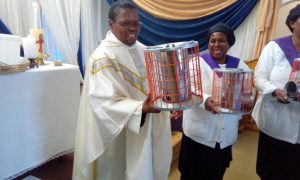 The Bishop of Swaziland launched an artwork for the Mothers Union where they will have to make mats using plastic waste to promote waste re-using and reduce waste being disposed in the environment. Winning Parishes were to be given Rocket Stoves which use less fuel thus save the environment especial for rural people.

On Sunday 25 June 2017, MU held its conference in Khulani Bomake MU centre where the artworks were displayed and judges announced winners who were given their stoves. The Dean of the Cathedral Very Rev. A. Dlamini who was representing the Bishop awarded the stoves to the winning Parishes. In total nine Parishes benefited. A wonderful art work was presented by the Mothers Union. 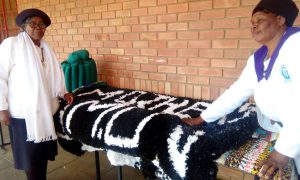 The Diocese of Swaziland is grateful of the donation of the Rocket stoves from the province which has yield to such work. The Mothers had fallen in love with the rocket stoves and wish to get more to encourage environmental stewardship and conserving the environment.