WHAT WILL THE IMPACT OF CLIMATE CHANGE BE ON SOUTHERN AFRICA?

Impact on food prices: Maize will be particularly badly impacted, with a reduction in yields of up to 25%. Wheat, barley, sorghum as well as apples pears and grapes will be impacted significantly because of reduced rainfalland increase of pests. Soil will also be degraded by flooding which leads to a loss of fertile topsoil. Livestock will be impacted , heat can  reduce milk yields and conception rates and cattle feed will become more expensive . Fish stocks will be depleted as many types move to cooler areas . There will be an increase in ‘red tide’. Storms will damage estuaries and fisheries, and there will be fewer viable fishing days. 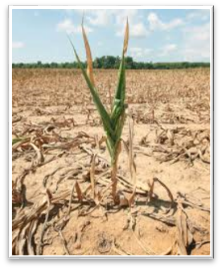 Impact on water. Because of increased evaporation and less rain fall there will be less water available for irrigation and drinking water. Rising sea levels have already been recorded all along Southern African coastlines combined with more extreme weather events. With water more scarce and more evaporation, water quality will deteriorate, as pollutants such as chemicals, fertilisers, petroleum become more concentrated.  This will lead to an Increased incubation and transmission of water –borne diseases. Because of increased intensity of rain and flash floods there will be  overflowing sewers, often discharging into  rivers.

Impact on health: People will be impacted by storms, cyclones and extreme temperatures. Following floods  there is a risk of cholera and diarrhoeal diseases. We will also suffer from the effects of heat stress which increase the death rate  and respiratory diseases. Flooding and drought may lead to food shortages and malnutrition. Mosquitos and ticks are affected by climatic factors, malaria and tick bite fever will spread to regions bordering current malaria areas which are presently too cold for transmission. As air pollution increases (sulphur dioxide, ozone, benzene, lead etc) it will lead to eye irritation, respiratory infection, increase of TB etc. the combination of heat and air pollution will increase cardiovascular disease (heart disease).

How much the temperature will rise by 2050 depends on how much we as a global community can reduce our  carbon emissions. 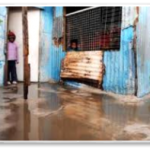 On the current track, average temperatures will rise by a massive 5-8 ⁰C. As a global community if we can reduce our emissions and keep the amount of carbon dioxide molecules in the atmosphere to below 450 parts per million then the rise in temperature will be  between 2.5- 3⁰C.

1 thought on “The challenge we face….”