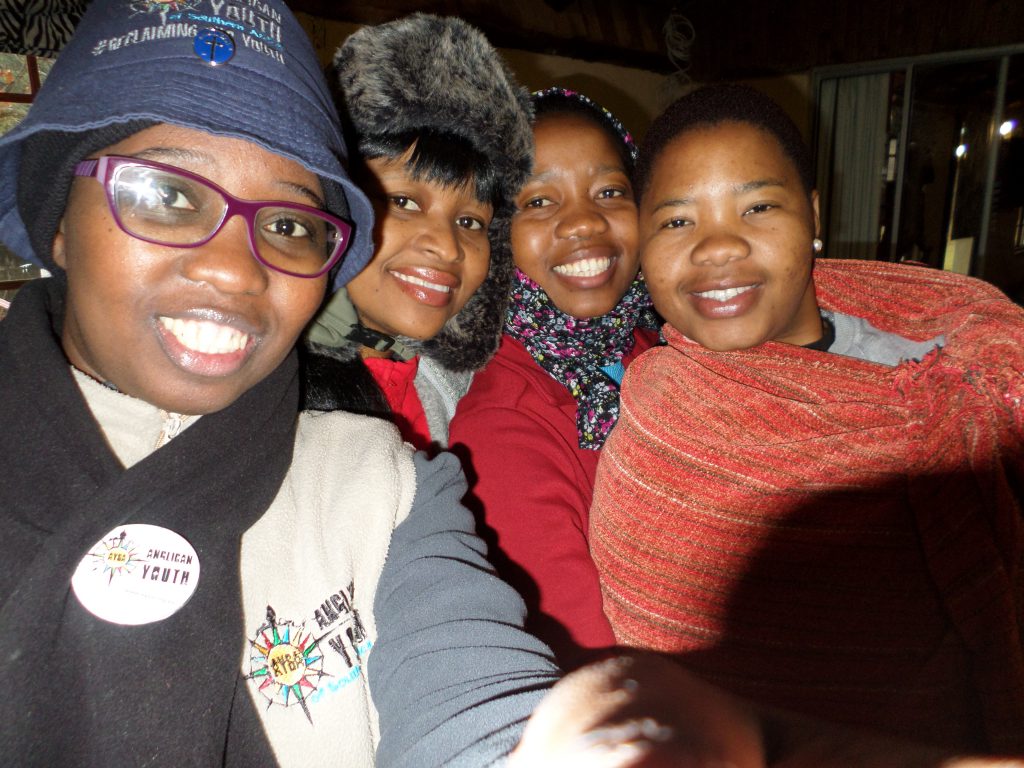 Four Dioceses gathered with the provincial structure at Glenrock Game and trout from Friday the 1st to 2nd     2016 for a workshop/strategic planning, even though it was freezing cold we managed to get the job done in a set up that had to be changed as it started snowing on Saturday.  Wood had to be used constantly “Green Anglicans we are”.

The venue was beautifully laid back, full of nature from animals, to different plants and trees nestled on the mountainous dusty Mooi River (KZN) in the Diocese of Natal.

Saturday morning, freezing as it was we began with a creation’s Eucharist service led by Rev Rachel Mash straight after we began the business of the day. Starting off by reporting what the attending dioceses are already doing, what their challenges were and what they would like to see in the next 5 years. 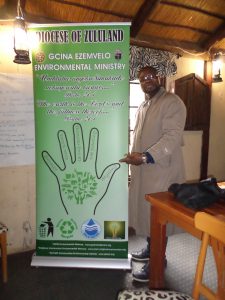 What was pleasing to hear was that dioceses have begun on the journey of being Green some have been greening the church for more than 20 years (Diocese of Natal) but do acknowledge that a lot needs to be done to revitalise the program and to put in more young people on board, some have had events which 100% youth led (Diocese of Umzimvubu) however do need the buy in of everyone from young to old, clergy to be more involved.
Also, noting the importance of introducing greening in our societies not only Anglicans so as not to seem like “we are pulling people away from their churches”.  Zululand had started 2 years ago and are still on their baby steps, but they brought along a beautiful banner which visualised 5 steps they are taking as the diocese.

They left us with a challenge to each own a banner for more visibility. 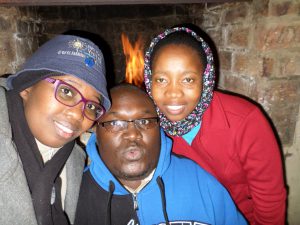 Diocese of Harare shared very inspiring stories of how they work as a diocese together with the government, it was pleasing to hear that their Bishop is on board which is very essential to keep the ball rolling. However biggest challenges have been getting more volunteers on board.

What was one of each and every dioceses’ challenge was the issue around getting everyone involved without them thinking Green Anglicans is dissolving guilds and ministries. As it stands we have noted that the movement has been seen as one of the guilds, something addition to the already many guilds of our dioceses, after careful deliberation we all agreed that the onus lie solely on the green teams of each individual to involve all guild leaders from a diocesan level down to parish level so as to put in a clear message that Green Anglicans Movement is for everyone and it begins with each and everyone’s effort. We did agree however that this was not an overnight thing, which we all took as a challenge to learn more about each and every guild/ministry in our diocese, build relations with leaders then introduce Green Anglicans Movement.

After a long session of discussion and group work, each diocese had to share their 5 year plan moving forward. The commonalities ranged from involving young people as there are the ones still with energy to move from point A to B. To have diocesan workers dealing with environmental issues faced by the communities in the dioceses, budgeting issues, what was most important to note was to get the buy in of the clergy sooner rather than later as they pose an important influence to their congregants. 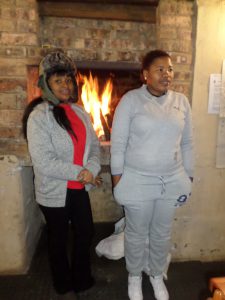 After being nestled around the fire all day we managed to revive dioceses that have been greening already. Also, to provide a platform where diocese can learn from each other and use what would be relevant to their areas. We ended the day by watching a creations video and a series of prayer. Then left the freezing Mooi River.