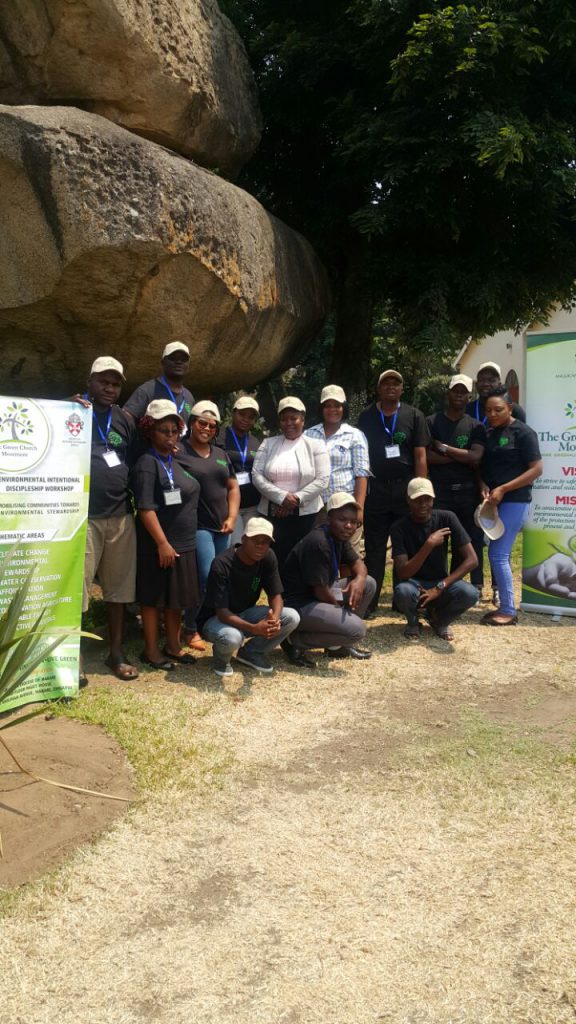 On the 20th of October 2016 the Church of the province of central Africa held a 3 day environmental conference in Harare. With all the dioceses in Zimbabwe represented, the conference commenced with a high note with some major role players in the environmental sector in the country in Rockwood Catholic Centre, Harare .

Monday Morning we were joined by a representative from the government, who works in the environmental department.  Presenting the current state of Zimbabwe, it came to our attention that the country is in a very bad shape, with big concerns like waste management, water shortages, but most importantly illegal mining of manganese.

It is know that families mine this dangerous chemical to sell to combat poverty, and because it is done illegal, they have no safety precautions of doing it, ending up in rivers and their food.  This has raised the rate of child death.  Green Anglicans was part of the conference, and I had an opportunity to share how we respond to environmental issues in our province.  We discussed their major environmental concerns and worked on a plan of action in response to these problems. A report was then drafted for the Provincial Synod.

In the spirit of staying true to our cause, we visited a local plastic bottle recycling plant, operating on a big scale, they provide crushed plastic chips to companies which produce fibre in Africa and overseas

The second presentation was from a local organisation – friends of the environment. The organisation runs an organic nursery where they grow an assortment of trees which some they sell and some they donate to local communities, including fruit and veg trees. They highlighted the concern of deforestation in the country for development and other purposes and how it affects the quality of air they breathe.  Later on the day we visited the nursery and saw how they do business and had the opportunity for each participant to plant a tree.

Moving from that, we took a trip to Chinhoyi to visit the well-known Chinhoyi Caves with the blue pool, a wonderful experience to see some of Africa’s hidden treasures. In sight we had a successful conference with all the morning service done outside by the rocks. 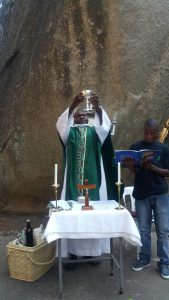 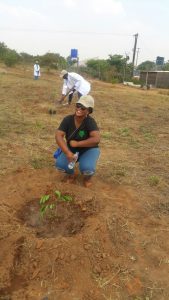 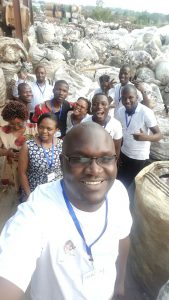 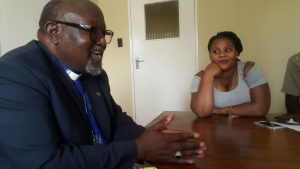