Climate change and the church

Care of creation and justice should be at the centre of work for the Church on climate change.  The Bible teaches the wholeness of creation and calls human beings to take care of the Garden of Eden (Gen. 2:15).  The God of the Bible is a God of Justice who protects, loves and cares for the most vulnerable among his creatures.

The climatic developments taking place in the world are threatening the lives and livelihood of many, especially amongst the world’s poorest people, and destroying biodiversity.  Let us as the church, particularly in Swaziland at this time work towards overcoming this model on among other things over-consumption and greed.  When creation is threatened we as churches and Christians are called to speak out and act as an expression of our commitment to life, justice and love.

The fifth mark of mission for the Anglican Communion which we are part of is
“To strive to safeguard the integrity of creation and sustain and renew the life of the earth.”

The earth is a gift to us from God out of love for us (Gen. 1:26, 2:15) and we therefore have the responsibility for the well-being of creation in all its variety.

Noting that the lives of future generations will depend on our action now, it is time we use our power wisely so that future generations can flourish and the diversity of life on earth is protected.  Many are looking to the church for a moral lead in terms of increasingly going green which also in the long run also makes economic sense.  Running most of our buildings on solar energy will be in the long run cheaper and save on fossil fuel and the ozone layer.

Anglican Bishops from all six continents meeting in Cape Town in February 2015 declared:

“The World is our Host:  A Call to urgent Action for Climate Justice.”

This statement sets a new agenda on climate change for the 85 million strong Anglican Communion, Swaziland being a part of that communion.  Before all other actions the Bishops called for an urgent prayer on the unprecedented climate crisis.  The Archbishop of Cape Town and Primate of Southern Africa, the Most Revd. Dr. Thabo Makgoba who brought the group together said;

“We accept the evidence of science; Human activity, especially in fossil- fuel based economies, is the main cause of climate crisis.  We heard of extreme wealth and changes to seasons; rising sea levels, acidification of sea water; depleted fishing grounds, and displaced people who are climate refugees.

The problem is spiritual as well as economic, scientific and political.  We have been complicit in a theology of domination.  While God committed the care of creation to us, we have been care-less – but not hopeless.

“In the words of St. Theresa of Avila, we are God’s hands and feet on earth, now is the time for us, rooted in prayer, to step up and take action on climate crisis.”

So we as the Anglican Church in Swaziland in agreement with the Bishops and in view of the prevailing climatic conditions must commit to:

We all can do something to mitigate the effects of climate change if anything PRAY. 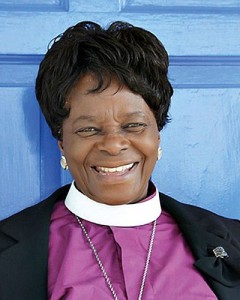